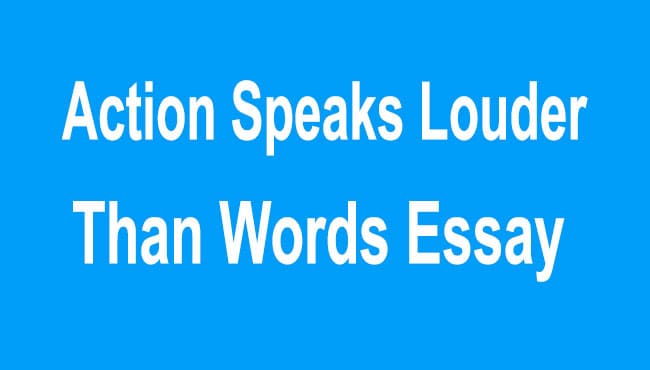 “Actions speak louder than words” This old proverb reminds us of the importance of action over empty talk. It has a deep hidden meaning. Saying something and doing something are two different things. Among the many methods of communication, words are the ones that have the greatest impact on people.

However, it is an individual’s actions that determine his character. When it comes to building trust, actions speak louder than words. Even in the act, the action reflects the character and nature of the individual. Actions are extremely important when focusing on walls.

The easiest thing is to talk. The hard part is the acting. Often we make promises to others, but we don’t necessarily keep them. What most people do is just talk and talk big, and make even bigger promises, but a person’s true worth is measured by his actions.

It is a well-known fact that actions are more important than what a person says. For example, We make a New Year’s resolution every year, but how long do we stick to it? one day? one week? one month? We paid the gym fee and forgot about it.

We try to start a diet but we are tempted by the little pieces of chocolate. Thus, the saying “actions speak louder than words” suggests that actions are a more reliable indicator of a person’s thoughts than his words.